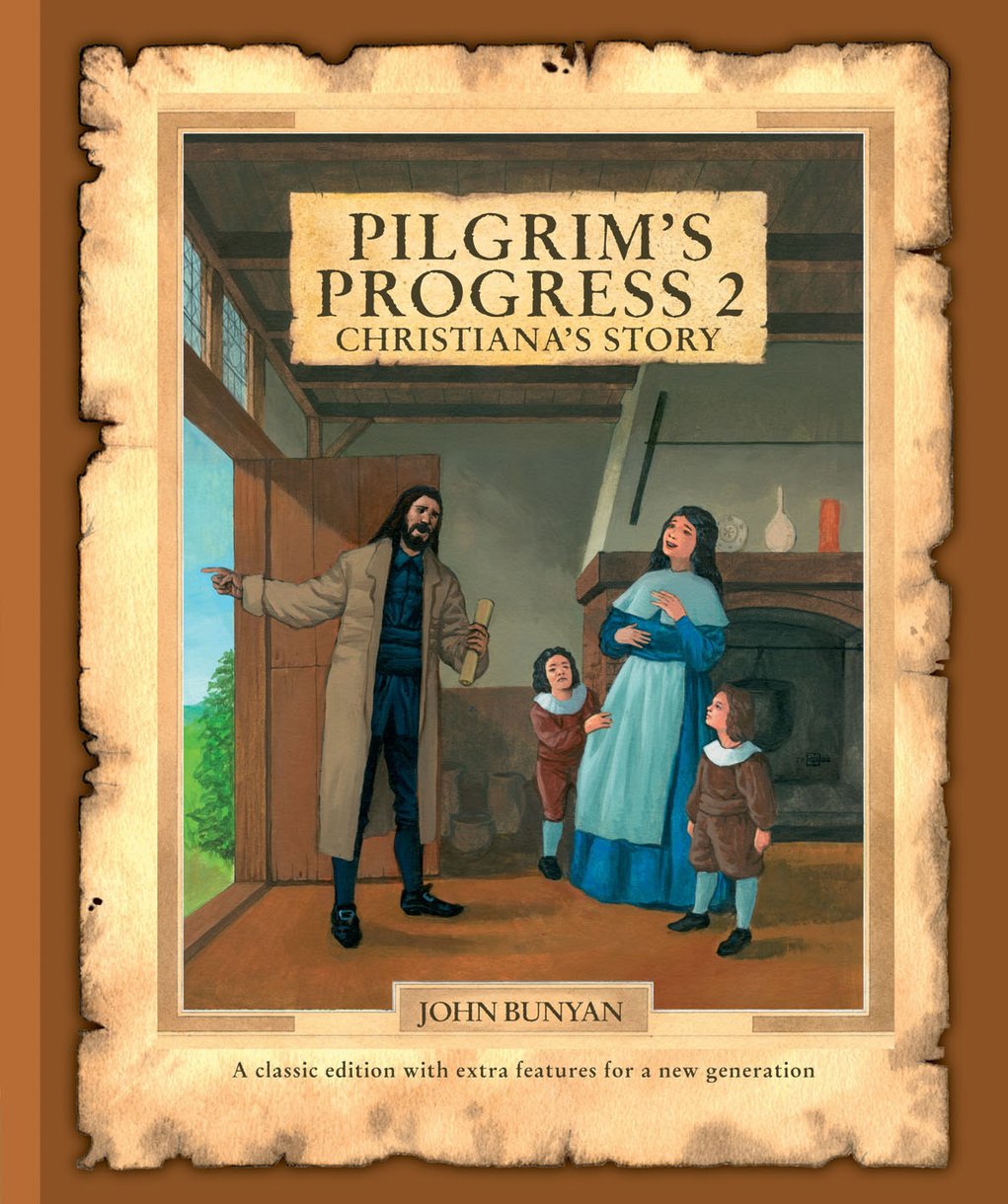 
John Bunyan could be said to have authored the most influential book in the English language (other than the King James Bible) but The Pilgrim's Progress is so much more than an historic novel. It was written in two parts. The first (and most famous) part involves Pilgrim leaving his wife and children and risking everything to get to the heavenly city. The second part, which this book is, tells the story of how his wife and children follow him to reach the same destination. Bunyan wants you to travel through this book as an adventure through the Christian life - retold on paper and in pictures. This sequel has an equal place in the hearts of those that read it. Some regard it as even better - though it isn't so well known. If you haven't read Christiana's story before then you will enjoy a new set of challenges to overcome as Christian's wife and children make their way to the heavenly city. Yet again Bunyan's imaginative text brings out practical and necessary lessons that everyone needs to know - both yesterday and today.Additional features and study sections have been included to help today's generation to understand the book. These will help you to get behind some of the characters and places described. There is a 'life summary' of Bunyan and some ideas on how to use this book. Some archaic words have been changed to modern equivalents but most of the difficult words are dealt with by using a dictionary and footnotes.This means that although Christiana and her family talk like the medieval travellers they are, you can understand what they're on about!


John Bunyan
John Bunyan(1628–1688) was born the son of a metalworker near Bedford, England. He went on to become a famous preacher and writer and during his life penned over 2 million words, his most famous work being ‘The Pilgrim’s Progress’.