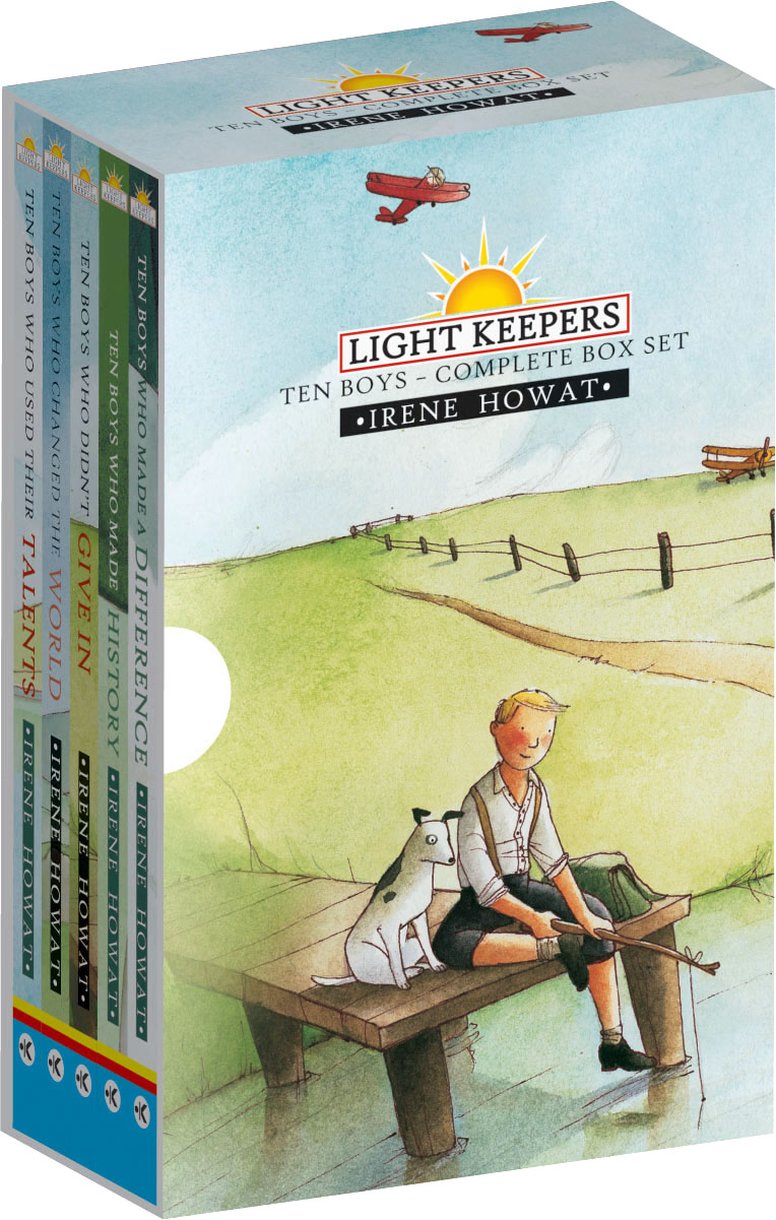 
The exciting tales of these fifty boys who were used by God will inspire young readers.

The stories of Billy Graham, C.S. Lewis, Martin Luther and many others are brought to life by award–winning author Irene Howat. Each book contains the stories of ten boys who grew up to be used by God in amazing ways. Readers will not only be amazed at the bravery, cleverness and faith of these boys, but will be inspired to look to the God who worked through each of them.

The books contain ten easy to read chapters of equal length. Each character’s chapter begins with an incident or memory from their childhood, reminding the reader that people who grew up to do amazing things were once children just like them. The chapters have a fact file, a keynote, a think spot and a prayer to help think through and apply what has been learned in the chapter. The books also conclude with a quiz to see how much the reader remembers. This box set contains all five Ten Boys books in a cardboard slipcase.


The real strength of the series the quality of the writing -it is so engaging. Browsing through the chapters I had to tear myself away from each paragraph I set my eyes on.
For too long our children have often had to put up with second best in their reading of Christian literature. Good intentions are not enough, but here we have books that conform to the best standards of secular reading and are excellent exemplars of Christian living and challenge.
If you buy one of these as a present for somebody be careful not to get it dog-eared, or better still buy two! Teachers please note that these would serve as a good basis for Christian oriented assemblies.


It's a wonderful series. Irene Howat writes with a real warmth and insight. People that you have never met come alive on the page. Christian legends and unsung heroes all become friends you can understand and look up to. In a world where role models of real integrity are few and far between the Lightkeeper's series fills the gap!