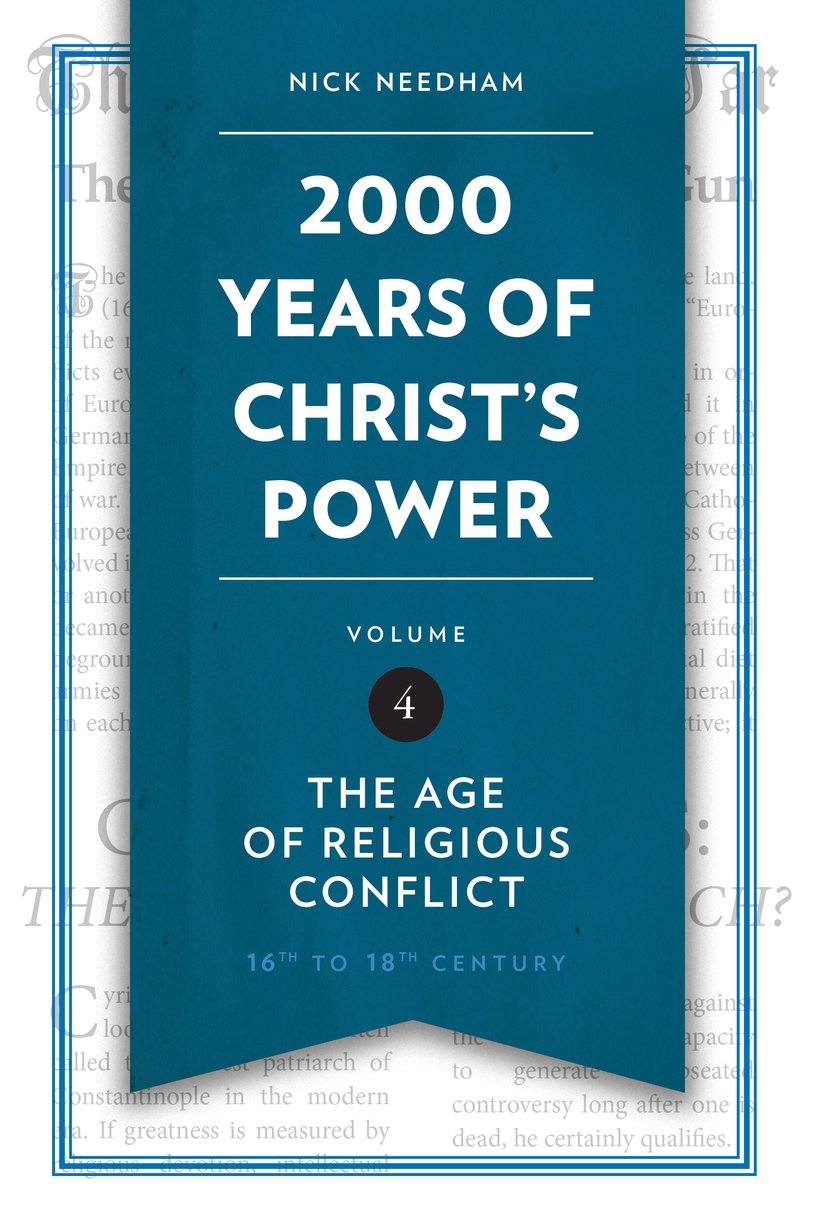 The Age of Religious Conflict


The Renaissance and Reformation were exciting times of learning and discovery - they pushed the boundaries of accepted thought. The repercussions of this, however, were that they left in their wake a period of universal uncertainty. The centuries-old status quo had been turned on its head. Nothing was stable anymore. Conflict ensued.

The fourth volume of 2,000 Years of Christ's Power spans from the 16th to the 18th century. It presents a time from which English Protestantism, Scottish Presbyterianism, and French Catholicism, to name only a few, were birthed and refined. Perhaps few eras have had such a direct impact on the characteristics of our own period of history.


Nick Needham
Nick Needham is the Church History lecturer at Highland Theological College in Dingwall and the minister at Inverness Reformed Baptist Church. Previous to this, he taught Systematic Theology at Scottish Baptist College in Glasgow. He is author of the highly collectable 2,000 Years of Christ's Power series.


It is a brave historian who tackles the extremely challenging task of writing the 2,000-year history of the Church. Well, Nick Needham has more than risen to the challenge. This eagerly-awaited fourth volume has been well worth the wait and, not to pressure our brother scholar, we now look forward to the concluding volume!


What makes the books so useful is that in a non-technical (but not simplistic) way, they bring out the main story line of the history of the church through the centuries. But in addition, and most helpfully, each chapter concludes with a selection of writings (translated of course!) from people discussed in the chapter. This means that we are not only told what certain people believed, but we are able to read some of their actual writings -- and this is often extremely illuminating.


For many years now I have said: if you want a thorough, learned but accessible and well-written history of the church, read Nick Needham's 2,000 Years of Christ's Power. Now, with the fourth volume finally available, Christians have an excellent resource for improving their knowledge of the history of their faith. Highly recommended.


Nick Needham's volumes on church history explain everything that someone new to the subject might not understand. At the same time, they achieve a depth of detail to interest those who already know something of the subject. We use them as standard texts at LTS and look forward eagerly to forthcoming volumes.