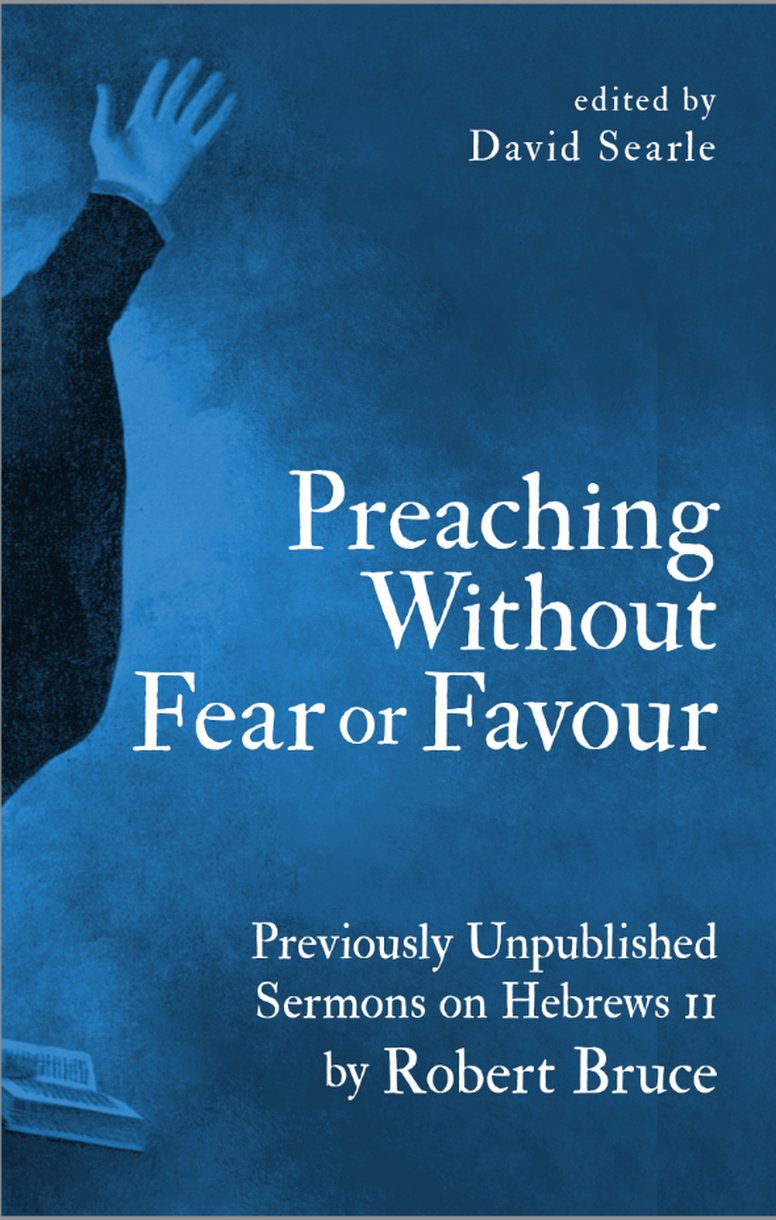 Preaching Without Fear Or Favour


These sermons on Hebrews 11 show a truly remarkable example of post–reformation preaching, heard in the Great Kirk of St Giles, in the heart of Scotland’s capital. David Searle has undertaken the huge task of putting these sermons into the English alphabet, translating them from the Braid Scots, so they can edify the church today.


Robert Bruce
Robert Bruce was born into a noble Scottish family in the 16th century. Turning his back on worldly wealth, he entered the ministry. He preached to many, including the King.

David Searle
David Searle was a former Director of Rutherford House, a theological research and study centre in Edinburgh. Prior to that he pastored two Churches of Scotland before moving to Bangor, County Down in Northern Ireland where he pastored Hamilton Road Presbyterian Church for eight years from 1985.


The ‘lessons’ Bruce brings out from the text, appear to be relevant, courageous and specific for his original hearers. Valuable, also, for earnest Christians, who are eager to learn of and live out the enduring principles of faith expounded in Bruce’s searching sermons.


Bruce’s sermons are deeply theological, expounding among other themes the nature of faith and justification.  At the same time, they are direct and personal, with amazing pastoral insight, graphic illustration and pithy application.


Bruce’s understanding of the struggles of the as yet imperfectly sanctified believer, always leaves us with hope, and greater zeal to follow the Lord more fully. Read this excellent work, and you will find it will build your faith, and draw you closer to Christ. Your reading and meditation will more than compensate David Searle for the immense effort he has put in to this translation.


David Searle has done us a great service: making available a rich Biblical resource of potent evangelical conviction and powerful pastoral instruction which otherwise would have remained for ever illusive and inaccessible to the ordinary person.

Former Moderator of the Presbyterian Church in Ireland