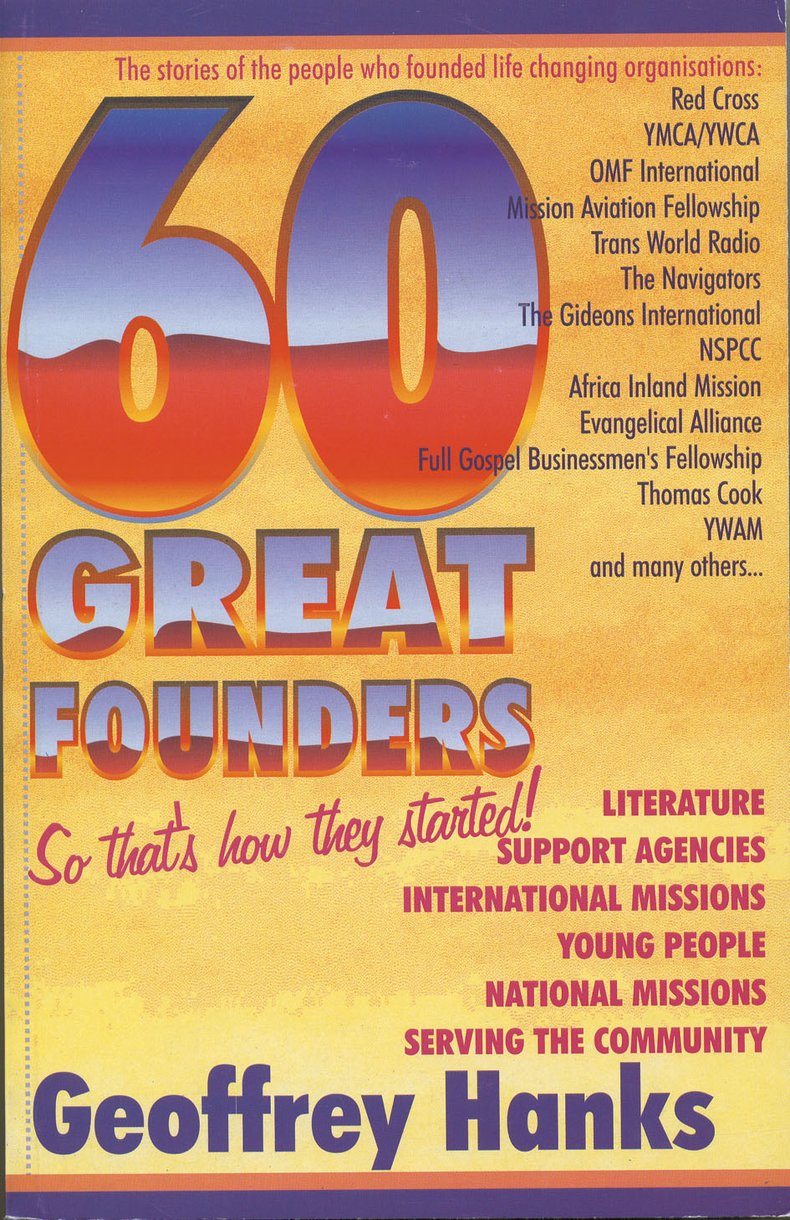 So that's how they started.


The influence of Christians is a part of our inheritance and a key factor in the creation of a moral fabric underpinning our society.

For a society to function there have to be norms of acceptable behaviour. In a society that does not accept our the existence of God, right and wrong are relative terms that change with every fashion or political movement. Right or wrong are concepts that don't really exist without absolutes - fixed points outside society which are not changed by it.

60 great founders tell the story of Christians who contributed to the setting up of organisations that changed people's lives and influenced what we call 'civilised society'. Without these people our lives would be poorer, through their foundational work our attitudes are closer to those who expressed by God in the bible.


This book tells the story of Christians who have carried the gospel and brought relief to neglected people worldwide who would otherwise have been left to their own devices. Geoffrey Hanks, in a style that is both readable and easy to digest has given us insight into the lives of men and women who have contributed to the setting up of organisations ranging from Action Partners to Thomas Cook that have changed the lives of millions of people everywhere and influenced what we now know as a ‘civilised society'. This is not a book which will appeal to every reader of Evangelism Today, but if like me you are inquisitive and wonder how some of the movements and missions that we are so familiar with came into being, then this book is for you. I thoroughly recommend it!'