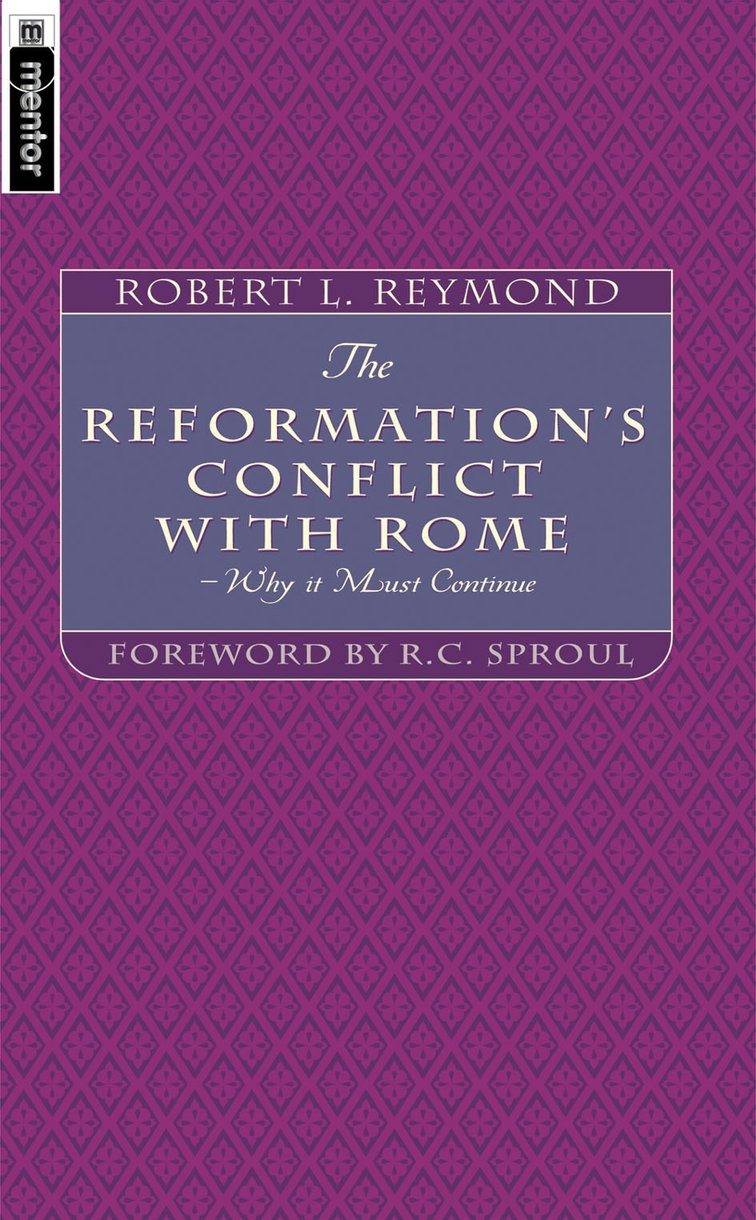 The Reformation's Conflict With Rome

Why it must continue


Foreword by R. C. Sproul. Written in an inoffensive yet honest way, Robert Reymond has studied the essential divisions between Roman Catholics and the Reformed church to find out the real issues and points of conflict.

Reymond looks at historical watersheds of doctrine, the development of Roman Catholic authority and contemporary attempts at rapprochement (including 'Evangelicals and Catholics Together' and Robert Sungenis' 'Not by Faith Alone'). In doing so he helps us understand the great truths of salvation worked out through the sacrifice of Jesus, the Messiah.


"This is an important book dealing with the great doctrine of Justification by Faith alone. Roman Catholicism brings works into it by some form or other, therefore denying the clear words of Holy Scripture."


"Dr Reymond calls us straight to justification by faith as the central issue of the conflict; so immediately we know where we stand and why. The argument is clear, whether he is demonstrating the flawed basis of authority in Rome or expressing disappointment at J I Packer's signing of Evangelical and Catholics Together."


"Dr Reymond clearly demonstrates in this monograph that there are serious doctrinal differences between the Roman catholic teaching and Biblical Christianity... I am confident the reader will find this work clear, fair and accurate. I highly commend its close reading"


"Robert Reymond is to be warmly commended for producing such a lucid book on the reformation controversy with Rome, and why that controversy must continue even today."