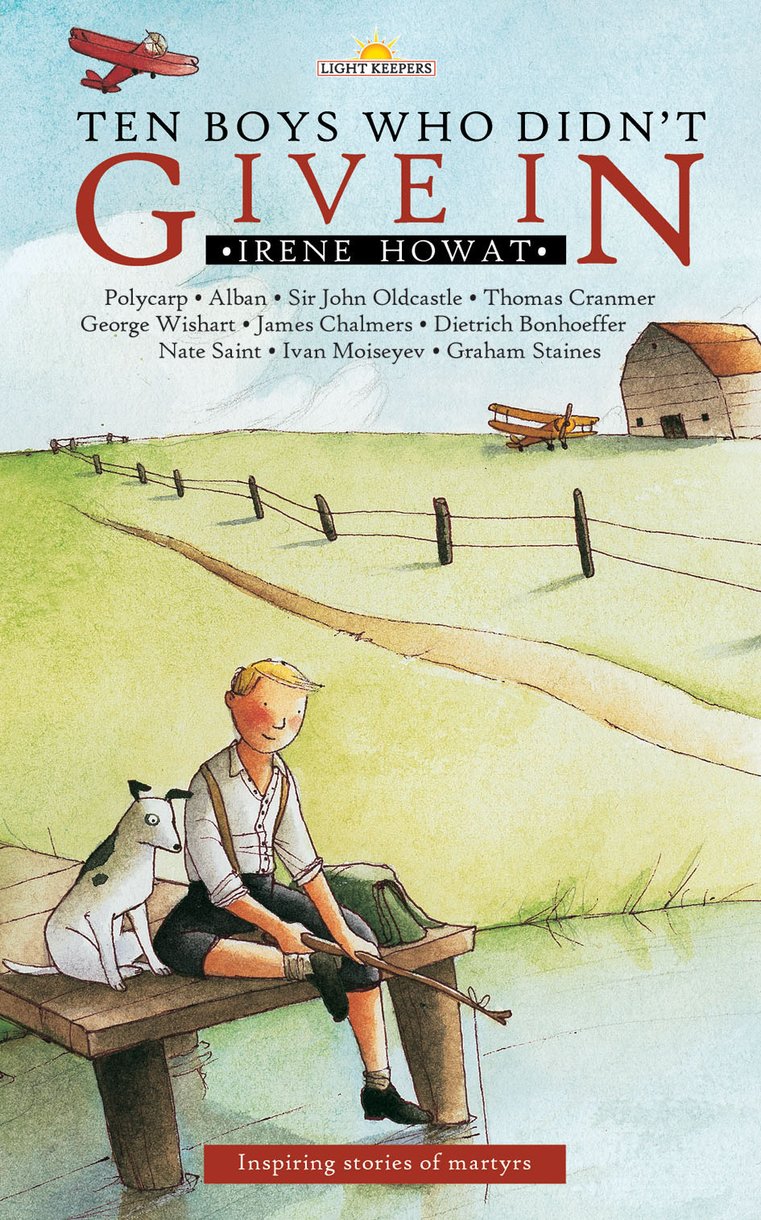 Ten Boys Who Didn't Give in


These ten boys grew up in hard times throughout history to become men who didn't give in to the pressure against their faith. Living as a Christian was difficult, but they chose to do the right thing instead of the easy thing. In a world where we give in too easily, be inspired by the true stories of those who didn't! Includes the stories of Nate Saint, Dietrich Bonhoeffer, Thomas Cranmer, Polycarp, with the biographies of other great heroes of the faith.

Try the torchbearers series that is aimed at 7-12 year olds in particular: Jim Elliot: He is no fool. 50 years after Jim Elliot and his four friends were murdered by the Auca indians the work of spreading the gospel still goes on with these people and Christ's name is now honoured."