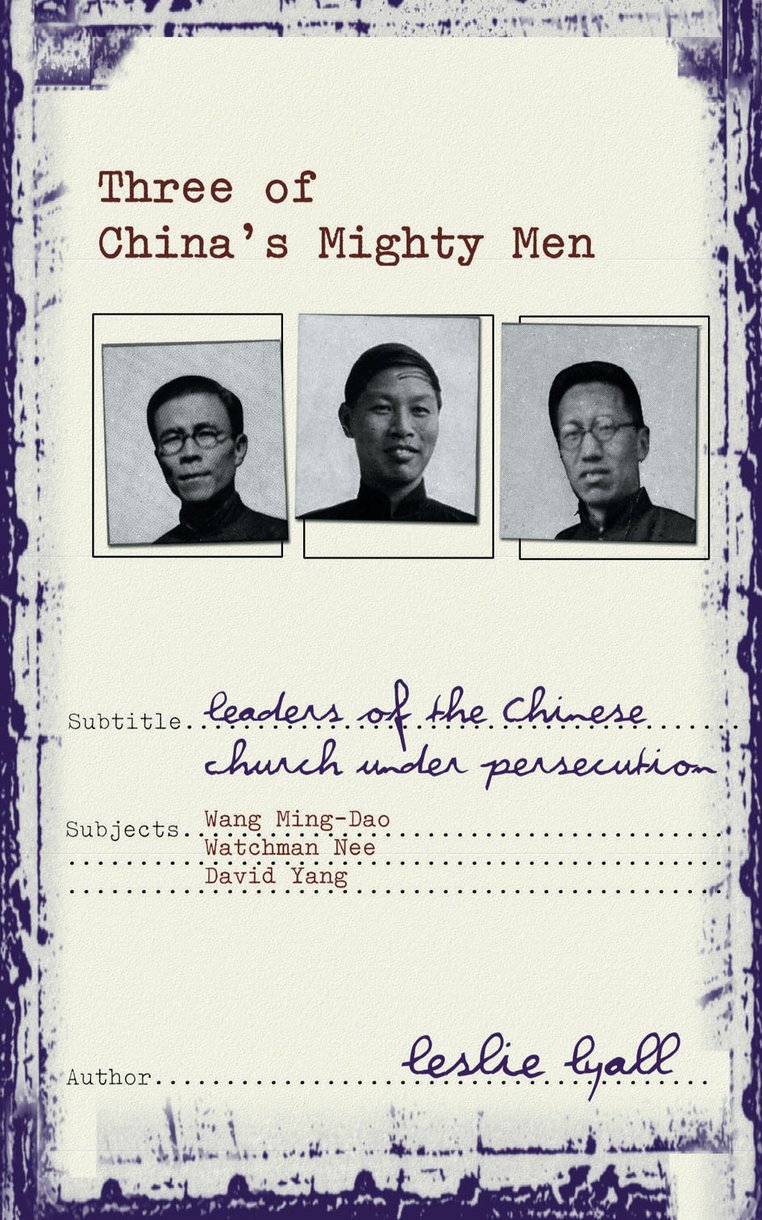 Leaders of Chinese Church under persecution


There are many heroes in the Chinese church. Today, humanly speaking, it should not exist - having been stamped out by the pressure of authorities prior to, and during, the Communist era. Yet today the church is larger than ever - and still growing.

Some of this phenomenon can be attributed to the quality of leadership in the Church. People suffered for their faith, often in brutal and cruel ways, yet God maintained their faith in remarkable ways.

Whilst there were many leaders of equally courageous stature in the church, three men have stood out in the 20th century. Wang Ming-Dao, Nee Duo-Sheng (Watchman Nee) and Yang Shao-Tang (David Yang)

Leslie Lyall knew all three as a friend, and worked with two of them. He brings out their different personalities, analyses the effect they had on the church and compares their views in some key areas. All three worked outside the 'official' church, all three knew and respected each other.

Their stories are inspiring, terrifying, solemn and joyous. They are an encouragement to us all.


"...these brief biographies will powerfully demonstrate the rich heritage with which God has endowed the Chinese Church...A short, highly readable book that will surely whet the appetite to know more..."