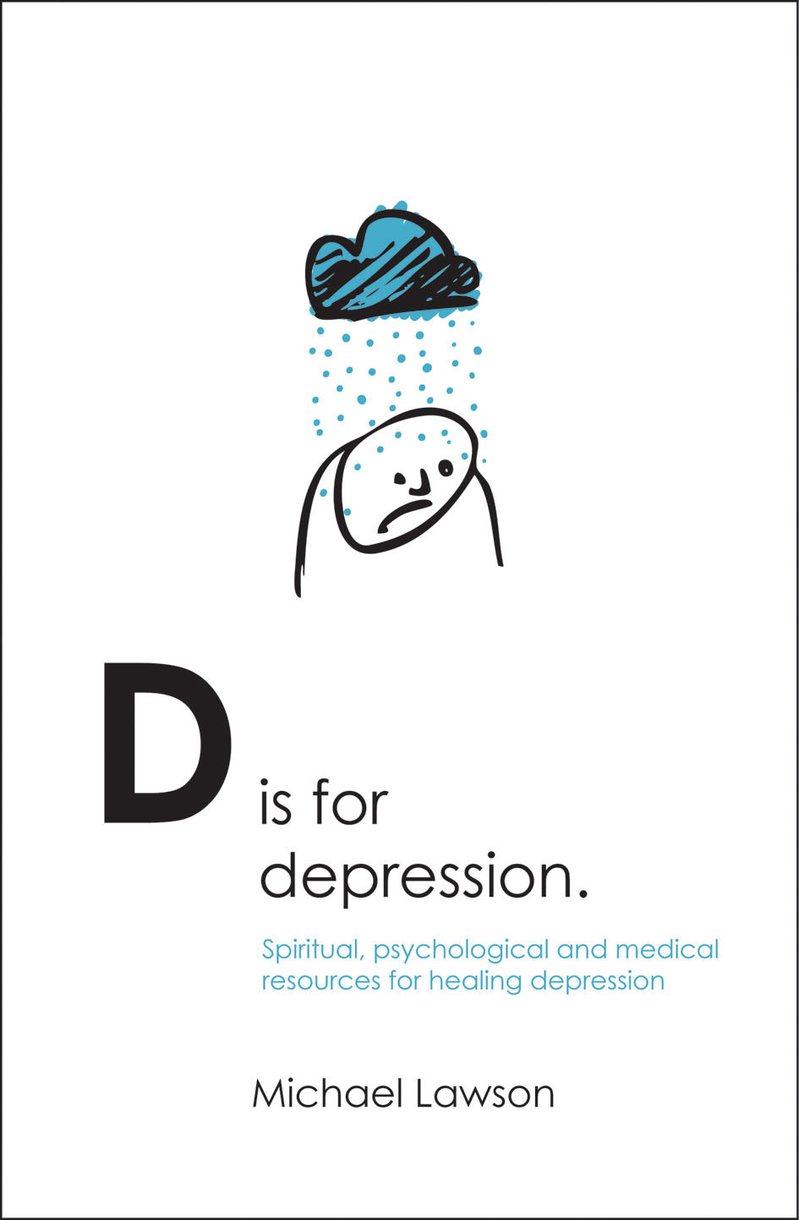 D Is for Depression


Depression seems to be everywhere. You all know someone who suffers from it – you may yourself? It has become such a part of the psychological landscape that it can be met with cynicism, or indifference, which is a problem – because Depression does exist – and people suffering from it need help.

The concept of D is for Depression is what makes it immensely valuable. It is a self–help book about getting better – a resource for those who suffer, or who are close to someone who does. The content of D is for Depression is to be trusted because it has already been translated and read across the world – appearing on university and theological college reading lists. It is substantially based upon Michael’s earlier book, Facing Depression. A book widely used by individuals, churches and in the training of those seeking professional skills to help others.

There are not many books that deal credibly with depression from both a Biblical and medical scientific angle. The absence of either leaves you with a less than holistic guide. This is one of the best of such books.

Wonder whether this book can be of help to you? If so, read it, understand better what depression is, and then move on to some of the practical exercises. That will show whether or not medical help is needed. The vast majority of sufferers from depression do get better. If you are a sufferer, or a helper of others (informally or professionally) then ‘D is for depression’ will help you win through.


"Michael Lawson deserves the thanks of thousands of us. In seminars, on radio and television - and through such books as D is for Depression - he is helping sufferers, practitioners and caring people alike, to understand depression, and to find the trusted pathways through to healing. Experience and winsome common sense have joined hands in this excellent book"


"Outstanding, relevant, balanced. The church and God's people have not handled the challenge of depression very well and this book is urgently needed among us."


"Michael Lawson's D is for Depression offers a very balanced and helpful approach. It provides foils to other books, particularly those from North America, which offer an exclusively biological problem. He examines a variety of factors that may cause a person to become depressed - particularly focusing on the role of factors such as bereavement, early experiences and burn out - as well as effects of hormones, genetics and other physical factors. He roots his advice firmly in biblical truth, presenting his useful scriptural perspective on problems of bitterness, guilt, ambition and personal identity."


"Michael Lawson's book will be an enormous help to all who are trying to assist those who are afflicted with depression."

Former Bishop of the Church of England in South Africa